Established in the 1860s, the Carlton Brewery grew to become the centre of the Carlton and United Breweries empire. After 120 years of making beer the brewery was eventually closed in 1987.

As part of the redevelopment of the site Mono Design worked with LookEar (heritage interpretation) to design two large backlit displays (17m x 3.5m approx) within the old maltstore building. The imagery tells the story of the site’s history and significance to Melbourne, as well as celebrating the artwork from Carlton brand beers through the ages. 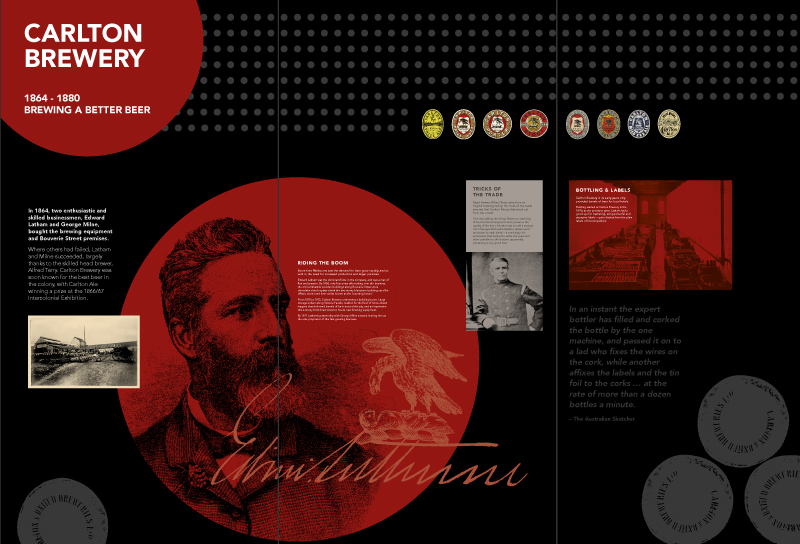 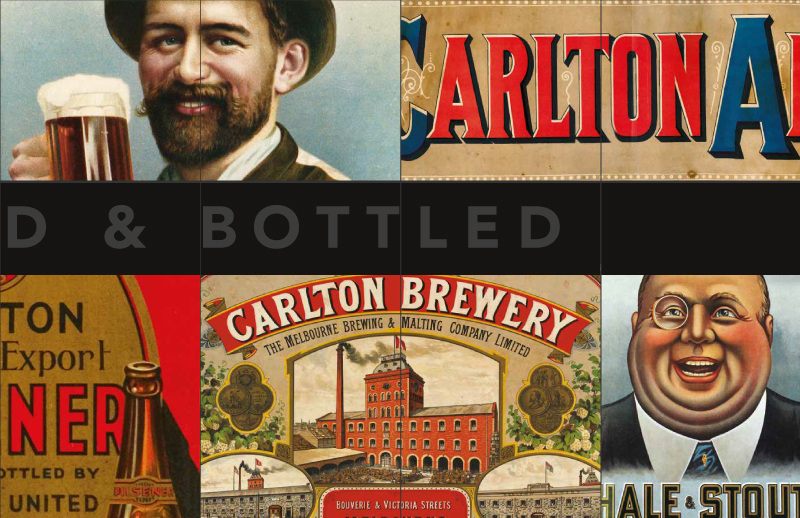