Each year over half a million people flock to the Melbourne CBD to celebrate New Year’s Eve. As a part of the event program in 2013 live sites were established on the city fringes, featuring entertainment and large video screens playing during the evening.

Mono Design worked with Ros Abercrombie (program director) and David Brown Films in preparing content and messaging for the screens over a 4 hour period. Working within the limitations of screen resolution and legibility, the final designs were bright, bold and celebratory, in keeping with the nature of the event. 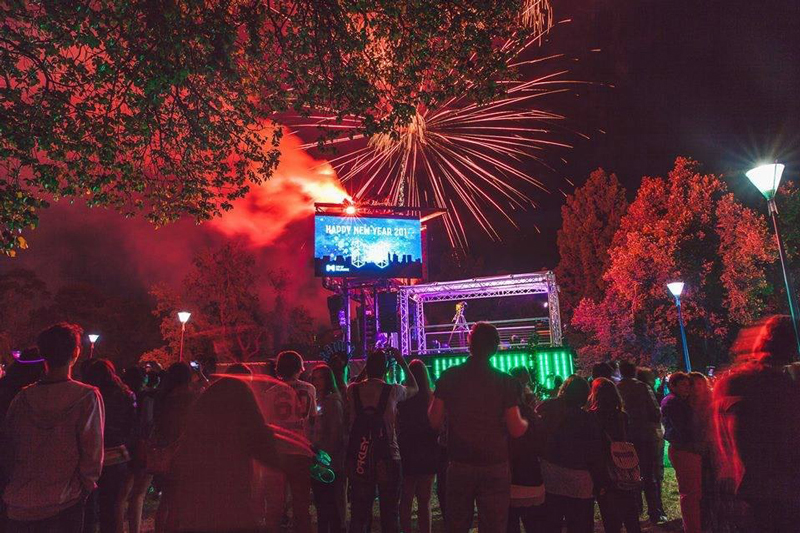